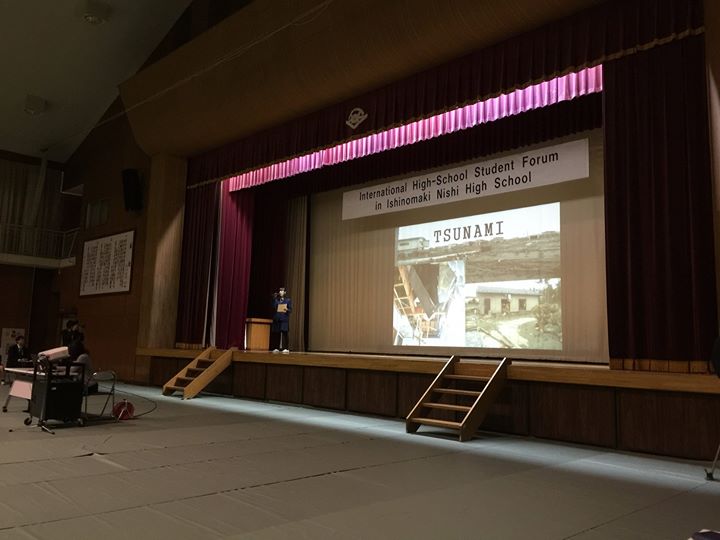 Akane lost her home, memories and her best friends because of the tsunami. After six years, she now bravely tells her story on weekends in the area to tourists throughout Japan.

Brendan from Joplin, Missouri, told how vounteers and his people united together to survive the record breaking EF-5 tornado in the same year, 2011.

Nan-Ning from Taiwan introduced a story of gas explosion in 2014, the man-made disaster. Her town looks OK now, but still many people are struggling mentally as well as physically.

Minsoo from Korea told that disasters don’t occur suddenly, but slowly occur in silence without awareness. Preparation is needed.

This Nishi high school is the station for Blue Carp project. A high school boy, Kento, lost his little brother and started collecting his favorite Blue Carps 6 years ago. Kent still visits the school and prepare Children’s day with students. Ishinomaki Nishi high school is one of the most enthusiastic schools to tell the disaster stories.