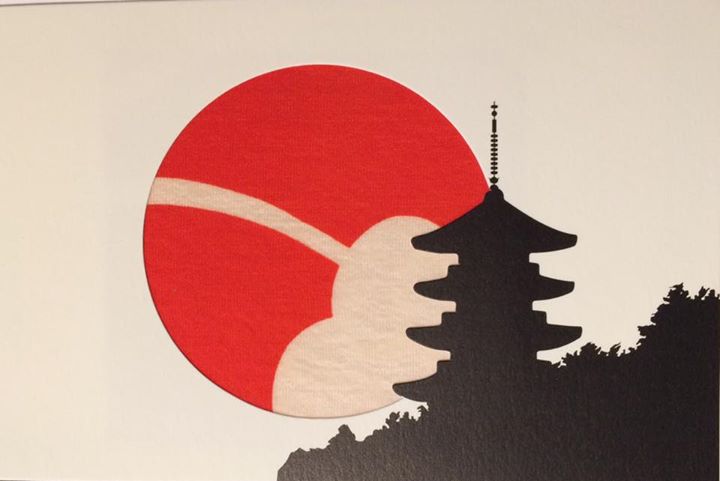 Even in a small district like mine, someone envy someone. A victim living in his house accused the victims lived in shelters and temporary housings as they had unfairly enough support. A victim who lost his house envies the someone who keeps living in her house by repairing the partially damaged one. Someone who owns a deserted homeland spoke ill of someone who successfully sold his land. A lot of people talked about those things in many places.

On the other hand, what worries me is someone who tries to be patient more than they are supposed to be because of the scale of the disaster. At a waiting room in a hospital, or at the bus stop, they say “Was your house taken away, too? OMG, me, too. Where do you live in now?” “I lost my house, but our family members are all OK, so I can’t say I am depressed because you lost more.”

My IshinomaKimono members are all different,too. When we first started this project, we sometimes had tense moment.

A woman was in Western Japan on March 11, 2011. She enjoyed travelling with her husband and learned the news on TV. They had to stay at a hotel, ran out of undershirts, and had to wash them with her hands. When she introduced that story, another woman stopped her by saying “You were lucky because you had water to wash your cloth. We had not water to drink.”

But we kept coming to our place to communicate over the tea, because we share the same goal. We discussed to find the best solution about the Kimono card. We gradually became to trust each other.

A couple of days ago, we talked about the day seven years ago, although we usually don’t. We did maybe because of approaching the anniversary. One 80-year-old woman confessed that she can cry over her lost house now, although she couldn’t until these days. She suddenly talked to the woman who travelled in Western Japan, “But I think you had the worst experience in a way. I almost died, but I witnessed everything. You were able to watch the TV news at a hotel, but you had no information about your family or your house. I know how much you wanted to come back home, but you were not allowed. How rough it was for you.”

The tourist woman almost cried, while other members nodded kindly. I was really happy and was proud of my women. I really appreciate the chance for me to have such a meaningful project. “I had hard time, but you did, too.” “Many people suffered painful experience, but I had too.” Caring for each other and trying to accept the fact are the necessary efforts for us to re-build our community. This IshinomaKimono is such a small project, but I am fortunate to have this effort done.

The picture below is the one we made today. Now we can enjoy a relaxing afternoon to create such a playful card.